Our family vacation to Washington DC This past school year, I had a 7th grader and an 8th grader. When my daughter brought home the information for the 8th grade field trip to Washington DC, I estimated that the trip would be around $900 for the fees and spending money. Then one year later we'd spend that again for our son to go on the same trip. Yet going to Washington DC has been on my bucket list for years. We have always planned to go, but we wanted to wait until the kids were older so they would get more out of it and it would go better (I'm glad we did wait, because I saw people there with little kids and they all seemed a bit miserable). That's when I thought "Why not put that $1800 into a family vacation to DC, rather than pay for two school field trips?" And the planning began.

Around February, we began planning out our Washington DC vacation. From the Daytona Beach area, it's around a 12-hour drive. We planned that we would leave on Sunday morning, drive most of the way, and then stay overnight in a hotel. The next morning we got up and headed toward DC, making a stop at George Washington's Mount Vernon. Once there, we were just outside of DC, so we checked into our hotel, which was in Alexandria, and then headed out to see some sites. We spent five nights in DC and then stopped at one hotel on the way back, because we wanted to visit good friends in North Carolina (seven hotel nights all together). There are a ton of things to do in Washington DC, and most of them are free, which is great. Before we left for the trip, I had spent hours researching all we wanted to do and then putting together an itinerary of what we would do on each day. From seeing monuments to determining our transportation routes to scoping out where we would eat, I put together an awesome itinerary that we followed and had a great time with.

The total cost of the trip? It as $1919. That was a for a 7-night, 8-day vacation for four people and includes every penny spent, including hotel, gas, food, souvenirs, any tickets we had to purchase, etc.

Here is what we did on this trip and how we did it:

Hotel - I had first reserved a room in Maryland that was to be a 10-minute walk from the Metro subway that would take us into the city each day. However, days before the trip I had gotten an email that enticed me to look at the cheaper rates being offered at another hotel. I saw that both were Holiday Inn hotels, but the one in Alexandria was exactly $200 cheaper for the five nights. The reason it was cheaper is because there is a temporary shut-down on the Metro stop near it for renovation. However, they told us that the Metro bus picks up by the hotel and takes you to the closest subway station for free (plus, they have a shuttle bus that will take you anywhere within three miles for free). So all we were out was some time and it would save $200. We stayed at the Holiday Inn Alexandria Carlyle. I'm glad we made this switch, because we didn't mind the bus ride to the metro station, so it was worth the big savings. The hotel was $472 for five nights. The hotel was very nice and it worked out well for us.

Transportation - With the exception of a few short drives here and there, we left the car at the hotel and would take the Metro bus to the subway station and then took that into the city. You can go to the Metro website and put in your destination and they tell you where the closest stop is, so you can plan out each day where you need to exit and then walk to your destination. It was around $2.25 or so per person, each way, each day. The subway is really easy to use and it's great because you don't have all the stress of the DC traffic, and don't have to pay for all the parking. Then we walked everywhere once in the city. All together, we walked 50 miles during the time were there. I calculated the steps each day. It was a lot of walking. I don't mind the walking, but it was really hot, which made it a bit exhausting. If you don't want to walk you can Uber, take a bus, rent bikes, or you can rent scooters. We did also try renting a scooter, which was fun, but can be challenging if you are in an area filled with a crowd (which is common, because the city is busy).

Tours and Tickets - There are some tours you have to apply for well in advance to visiting DC, which includes the Pentagon and the White House. We did put in for the White House tour, but we were denied (standard denial that they get an abundance of people who want a tour). You don't have to put in for a tour of the Capital building, but you can. Everyone in line got in. There are some places that have a certain amount of tickets for the day and once they are gone there is no more allowed in. Because of this we didn't get into the Holocaust Museum or the Bureau of Printing and Engraving  as we had planned. Both were out of tickets when we arrived and it was our last day there, so we couldn't go back another day. We should have gotten the tickets online the night before, but when I looked there were hundreds available still and I didn't think it would be a problem. All of the other places we went to didn't require a ticket or reserved tour time, so we just got right in.

Food - The food was the biggest expense we had on this trip, even costing more than hotel stay. The restaurants in DC are expensive. With the exception of pizza, no meal was less than $50 for our family of four, and we kind of seek out inexpensive places. For example, we went to a sub shop and it was over $50 for four 7-inch vegetarian sub meal deals. That same bill at Subway here would have been around $22. The food was expensive, but it was good. We loved getting to try some new places and everything we had was really good. I had researched some restaurants ahead of time that I wanted to try and they didn't disappoint us. We ate breakfast at the hotel each day (oatmeal, cereal bars, yogurt, etc.), keeping costs down some. Then we ate lunch and dinner out. We took reusable stainless steel water bottles with us each day, filled with something to drink. We'd drink that to start with. At most museums you can't take drinks in, but you can empty your bottle, take it in, and fill it with water once inside. So we did that. If you do want to buy drinks on the go, there are individuals with coolers filled with ice and drinks and they sell them for an affordable price ($1 for water, $2 for gatorade).

Attractions - There are many monuments, museums, and points of interest in this city. There are too many to do even spending a week there. You have to search around to see which ones interest you. Not everything interests the same people, but there are things for everyone in this city. Here are some of the things we went to:

Those were some specific points of interest we went to, but we saw many other things along the way. About an hour north of Monticello, I saw a sign that you can go to James Madison's home, Montpelier, as well. I wish I had known it was there, because we would have went. We couldn't stop though, because we already had our Monticello tour time reserved. But if you go to Monticello, you may want to add Montpelier to your list, so you see another founding father's home. Plus, along that same route is the Chancellorsville Battlefield. We did stop off there and checked it out. It's worth stopping! Around 15,000 soldiers died there during the Civil War, and it's where Stonewall Jackson was shot (and he died eight days later resulting from complications).

We were in Washington DC for July 4th. We planned that from the start, thinking it would be neat to be there for the country's celebration. We had planned on going to the fireworks show, and then we were fortunate enough to get VIP tickets to attend the Salute to America. We were up close for the festivities and it was incredible! We were close enough up front that we could see the President, and the fly-overs were amazing! They were right over the top of us, down the length of the reflecting pool. It was awesome! Then the fireworks started. We were in awe at the show above us. It was amazing and I don't think any other fireworks show will ever compare.

This was a fantastic family vacation. Everyone had fun and we made some great memories. It was educational, interesting, inspiring, and overall awesome.. Our nation's capital is beautiful and it was great to see it. I saw many families with little kids and strollers there and honestly they seemed miserable. The kids are crying, tired, bored, etc., and they will never remember the trip. I think we waited until a good age to take our kids. They loved it, carried their own weight, and will remember this family vacation. 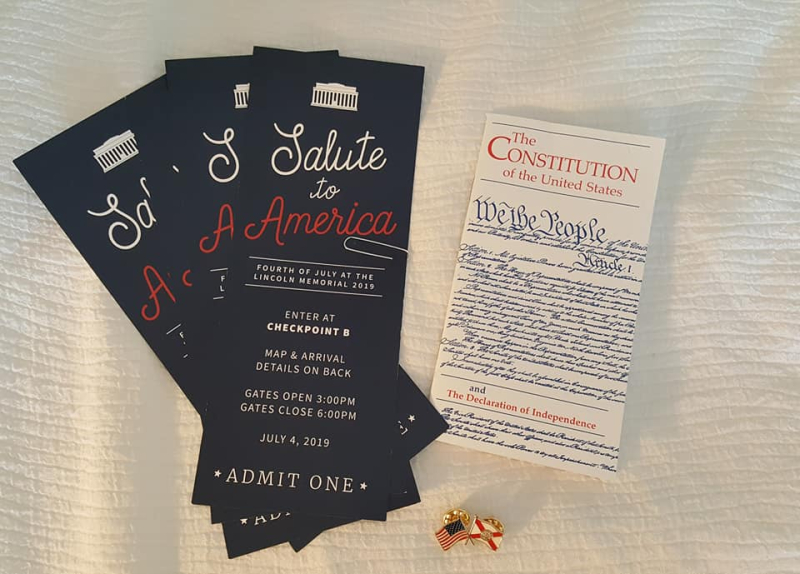 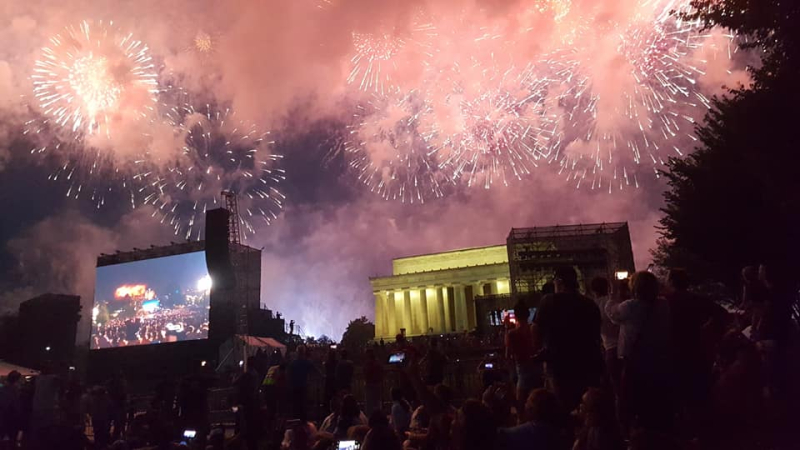 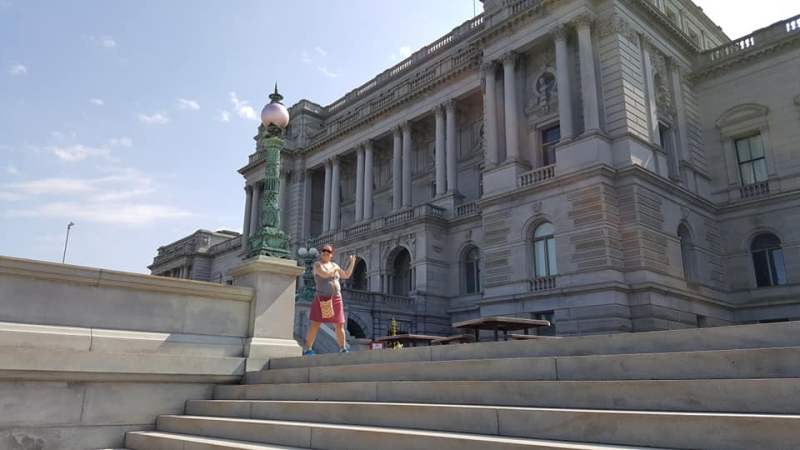 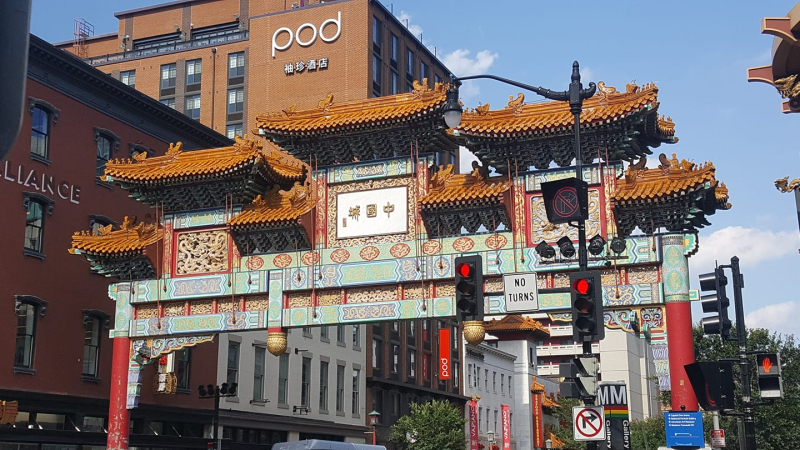 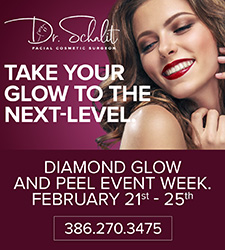