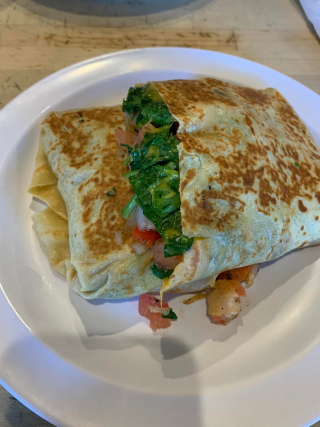 Cinnamon Tree Café is located at 1665 Dunlawton in Port Orange. I've seen it there for numerous years now. I was even there once before for a book club meeting, but I had never tried the food up to this point. Well, this past Saturday was the day that I finally made it happen. My husband and I were looking for somewhere for the two of us to have lunch, so I suggested giving Cinnamon Tree Café a shot.

The restaurant is primarily a place for brunch. You can get breakfast and lunch items, as well as a variety of pastries and drinks. They offer both indoor and outdoor seating, and the place has a nice atmosphere. Their specialty is crepes, so we decided to order a sweet one and a savory one, and split them. We ordered the veggie crepe and the apple cinnamon walnut crepe. Then we split them so we both got to try some of each one. I also had an unsweet iced tea.

You place your order at the register, take a seat, and they bring it out to you. They arrived within minutes and looked great. I dug into the cinnamon one first, because life is short, why not have the dessert first?! My husband went for his half of the veggie crepe first. The apple cinnamon walnut crepe was great! it was like a nice dessert, even having a side of whipped cream with a little caramel drizzle. Wow! Then I dug into the savory veggie crepe, which was great. There was a nice medley of veggies in it, including peppers and spinach, and it was delicious.

We both liked both of the crepes, and we were glad that we switched it up so that we could have some sweet and savory. It's a nice balance when you have some of each type. Two thumbs up for the crepes! Their iced tea was also good. I will definitely go back again and have the crepes, but I also saw on the menu a vegan potato bowl that I would like to try.

Cinnamon Tree Café always looks busy to me and I see why. They have a nice unique menu and the food was very good. It shouldn't have taken me so long to finally try it, but now that I have it will certainly be an option on my mind again!

Update: A month after I posted this, in January 2022, I went back again and tried the vegan potato bowl. It was so good! I added a picture of it below. 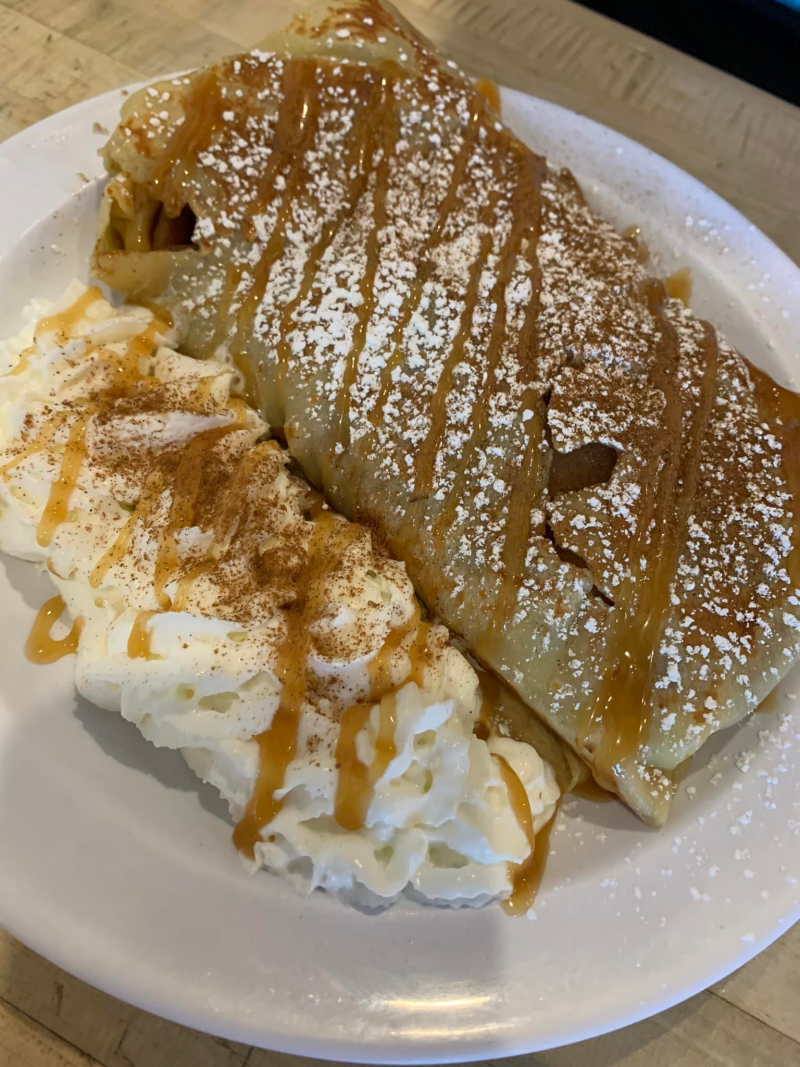 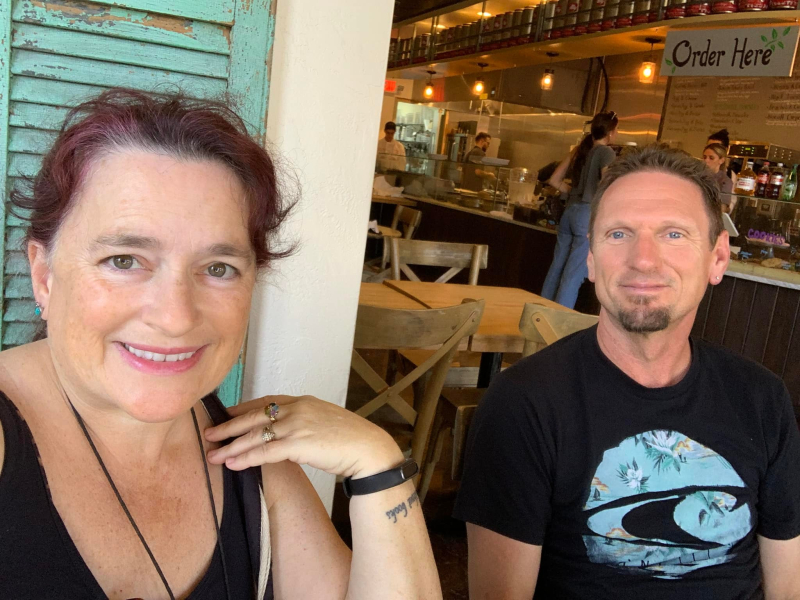